TRIBUTES have poured in for Hugh Nelson who has died at the age of 84. the last of the Kelly’s heroes.  The Royal National Lifeboat Institution volunteer was the youngest member of the crew aboard Donaghadee’s Sir Samuel Kelly lifeboat when it rescued 33 survivors from the Princess Victoria in 1953. 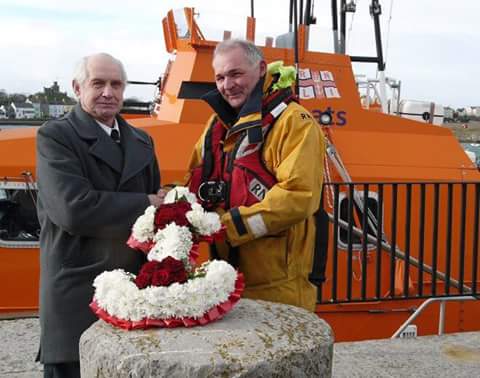 His funeral will be held in Donaghadee Parish Church at 10.30am on Saturday, April 8. He is survived by wife Sylla, daughter Shirley and son Hugh.Hugh is pictured with the coxswain oftoday’s lifeboat, Philip McNamara, at the 60th anniversary of the ferry tragedy in 2013 and with the crew in 1953. Peter Irwin, operations manager, Donaghadee RNLI said: “The crew, operations team and fundraisers of Donaghadee lifeboat are saddened to hear of the death of Hugh Nelson.  The service to the RNLI and particularly the call to the Princess Victoria given by Hugh is well remembered or known amount in the town and by present crew. Our thoughts are with all of Hugh’s family. 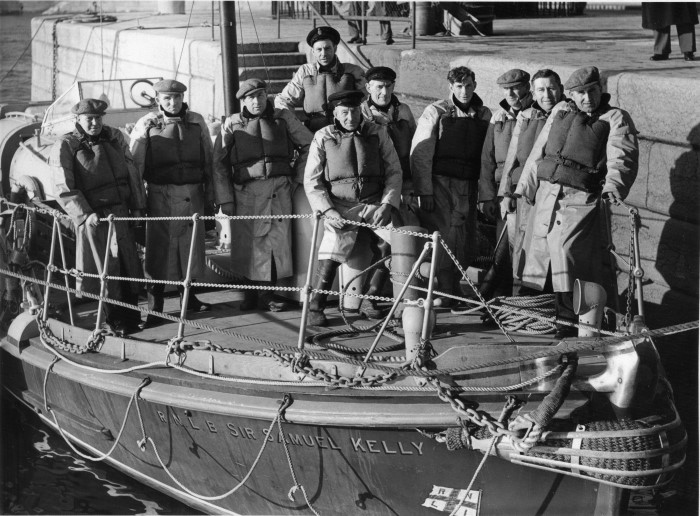 Hugh Nelson with the Kellys heroes 1953