DONAGHADEE’S lifeboat volunteers came to the rescue of an elderly birdwatcher who dislocated his hip on the Copeland Islands on the morning of July 12.

Around 9.07 am the Ambulance Service requested the assistance of the RNLI’s Saxon to take a paramedic to Lighthouse Island where the casualty, who was in his 70s, was in considerable pain. The crew brought the paramedic ashore on a small inflatable craft and emergency treatment was administered to relieve the man’s discomfort.

A rescue helicopter from Prestwick in Scotland was requested to airlift the casualty to hospital and arrived at the scene around 11.30am. The injured man was flown to Belfast’s City Hospital and the lifeboat returned to station and was ready for its next call by 12.20am. 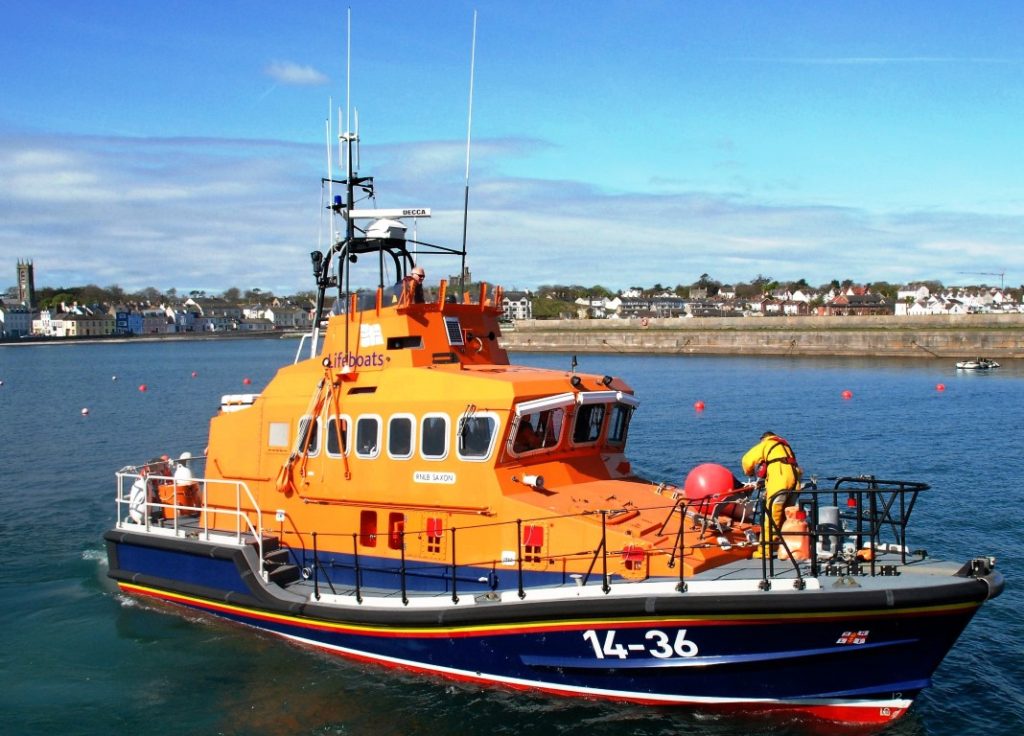 The Saxon makes ready to go to sea. You can see it in action at Groomsport on Friday

It was a busy holiday period for the Donaghadee crew. On July 8 the Saxon was launched after a distress call from a 38-foot yacht, with two people onboard, which was taking water eight miles south of the lifeboat station near Skullmartin off the coast at Ballywalter. RNLI volunteers installed additional pumping equipment to keep the vessel afloat while it was towed back to Donaghadee for repairs. On July 2 a speedboat with two people aboard, which had broken down near Ballywalter, was also towed to Donaghadee for repairs.

The Donaghadee Lifeboat will be in action at Groomsport on Friday (July 21) where RNLI lifeguards will hold a lifesaving demonstration at 11.00am and visitors to the Lifeboat Festival in Donaghadee on August 5 will have the opportunity to see inside the £2m Saxon which is equipped with the latest navigation and lifesaving technology. The festival also offers skiff and raft racing and a chance to see inside Donaghadee’s famous lighthouse.