DONAGHADEE’S Royal National Lifeboat Institution volunteers launched four rescue missions in four days and may be heading for one of the busiest years on record.

Last year the crew of the Saxon undertook 15 ‘Shouts’ and were stood down five times but have clocked up 14 rescue missions already in 2017.

At lunchtime on June 1 the Lifeboat launched to assist a 28ft yacht on passage from Bangor to the Isle of Man after it suffered engine failure and a crew member was reported to be ill.

In the early hours of June 3 the Saxon assisted a vessel which had suffered engine failure five miles east of Ballyvester, on passage from Carrickfergus to the Isle of Man. A tow-line was attached and a course was set for Donaghadee harbour where the casualty vessel was brought alongside at the visitors berth 2.25am.

The following day a motor boat with engine failure was towed in from seven miles out at sea and a sailing yacht with two aboard, which had suffered engine failure and was becalmed on passage from Peel in the Isle of Man to Bangor.

Operations manager Peter Irwin said, “It has been hard work for the crews at sea and on shore who have to give up work and family time but we will always launch if there is a danger to someone’s life.

“Always remember to make sure boats and engines are seaworthy before you leave harbour and that all safety and communications equipment is working properly. Always tell somebody when you plan to come back.” 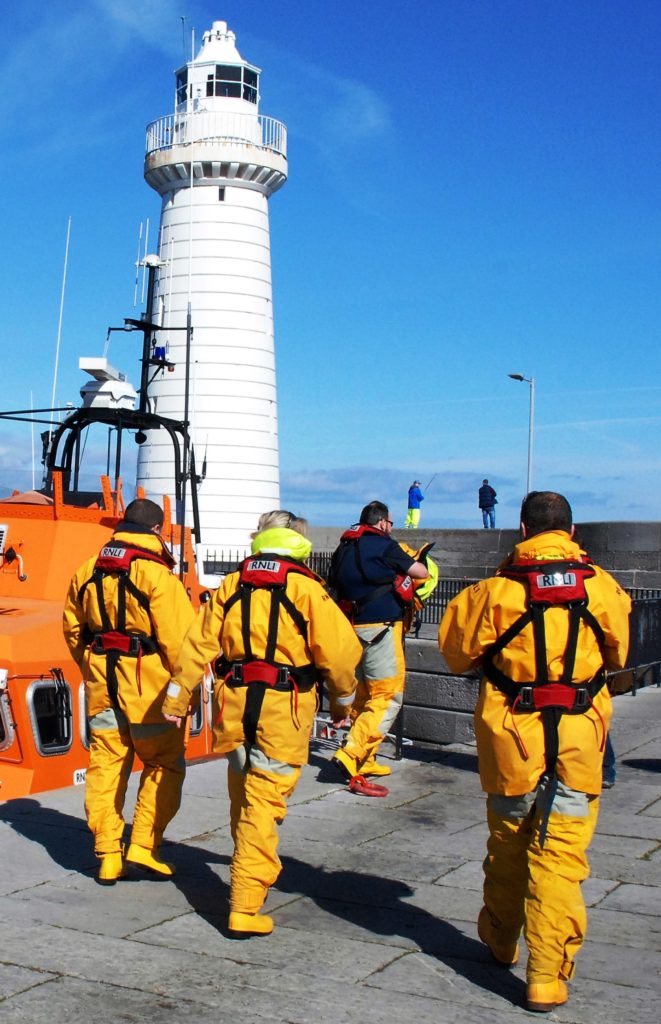 Ready for action: The crew have responded to four emergency calls in four days.