RNLI Long Service Awards were presented to 4 members of the Donaghadee RNLI Fundraising Team prior to the start of the team’s 15th Annual General Meeting which was held in the Donaghadee Sailing Club on 7th June 2021.

The President said a few words of praise ‘for these remarkable volunteers’ and he hoped that their example would ‘shine like a beacon for others to follow in the future.’
Reading the individual citations for the four awardees he invited each to accept their award. The 4 volunteers receiving awards were Liz McNeill (40 years), Edna Robinson (40 years), Liz Brown (30 years) and Jim Brown (20 years). Kate Devlin, who received a 40 year award, was unable to attend. 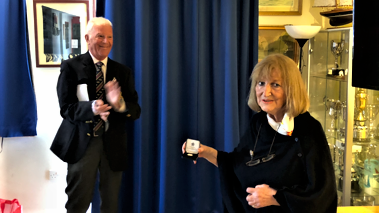 Liz has contributed many years of service to Fundraising for the RNLI in Donaghadee.  She was a long serving member of the Ladies Lifeboat Guild when she worked in the shop and represented the RNLI on Road Safety Quizes.   Liz is always willing to help with every event and is passionate about her work in the Fundraising Team.  She always collects on our Lifeboat Festival Day.  Liz rarely misses a meeting and contributes many good ideas to the Team for which we are grateful. 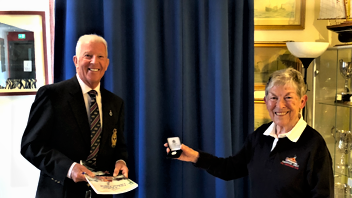 Edna has given many years of service to fundraising for the RNLI in Donaghadee.  Firstly as a member of the Ladies Lifeboat Guild and since continuing as a member of the Fundraising Team.  Edna helps in the shop as she has done so for many years and is always willing to assist with the running of events and delivering of the all-important posters around the town.  Edna has a great love for the RNLI and we are grateful for her support. 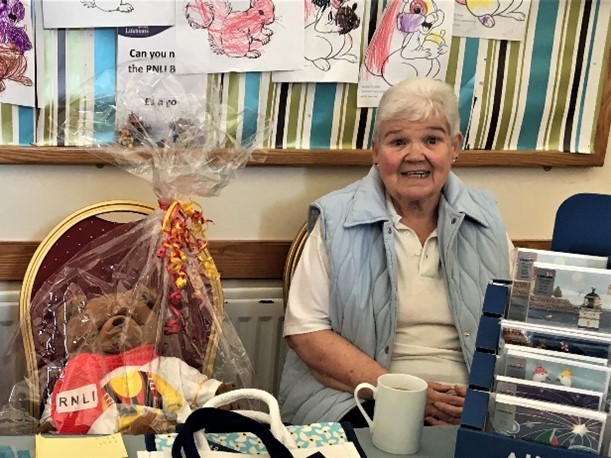 Kate has contributed many years of time and effort to both the running of the shop and for some years whilst in the Guild was Hon. Treasurer and Asst. Hon. Secretary.  Kate has always been very active not only in assisting with the many events organised but in attending other functions.  She along with others attended the Naming Ceremony of Portaferry’s Blue Peter Lifeboat in 1987 and is still an important member not only of the Fundraising Team but in the running of the Shop.  Kate is a valued member of the Team.

NOTE: Kate was unable to be present to accept her award 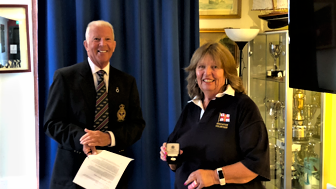 Liz joined Portaferry and District Lifeboat Guild in 1984.  She served as Assistant Secretary and then as Chairman of the Guild in 1988.  When she moved to Donaghadee in 2008 she joined the Fundraising Team and took on the job of Youth Education Volunteer for several years.  She is now an indispensable member of our Team and actively assists in many fundraising events. 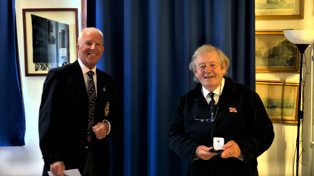 Jim joined Portaferry and District Lifeboat Guild in 1992. He became the Portaferry Station Press Officer in 1996 and subsequently served as Portaferry Lifeboat Station President and latterly as the Station Coordinating Chairman.  When he moved to Donaghadee he joined the Fundraising Team and assisted his wife Liz with her Youth Education Volunteer duties. He became the fundraising team’s Honorary Secretary in 2018.