2 April 2017 – THE crew of the Saxon responded to a request from the Coastguard after a report of a person in the water and a drifting kayak in the vicinity of the Copeland islands. The search was launched at around 5.45pm and was joined by Bangor’s inshore Lifeboat and an Air Sea Rescue helicopter from Prestwick in Scotland. A Coastguard spokesman said it received several calls from a person claiming to be in difficulty.

However, the alarm was declared to be an ‘elaborate hoax’ following a thorough search of the area.

Lifeboat press officer Maurice Neill said, “Hoax calls not only endanger the lives of our volunteer lifeboat crews, but they also tie up valuable lifesaving resources which could place those in genuine need of help in worse danger. Callouts of this nature waste the funds of the RNLI, a charity that relies on donations and legacies, as well as the time and money of other agencies involved in search and rescue at sea. On top of this there is a considerable impact on the personal lives of our volunteers, who are called away from work or family commitments to attend incidents of this nature. This has a knock on effect both on employers, who have to manage the absence of a staff member and families, who have their valuable leisure time interrupted.” 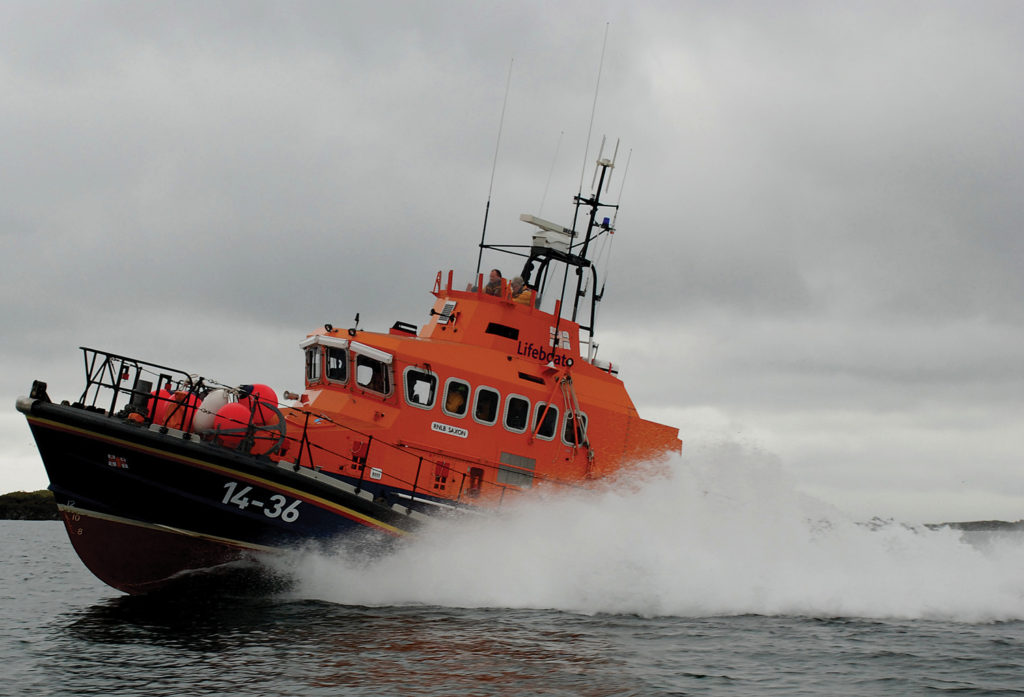 The Saxon speeds to the search area but call was declared a hoax.