DONAGHADEE branch of the Royal National Lifeboat Institution held a dinner on Saturday, January 7, to show its appreciation to two of its longest serving supporters.

John McAuley followed his father into the organisation and steps down after 40 years of service as honorary secretary and chairman. Dr Robert Neill steps down after 17 years as lifeboat medical officer – a role which took him to sea in storm conditions to tend to injured mariners.

Branch chairman Alan Couser said: “Both of these men gave freely of their time, over many years, in the pursuit of saving lives at sea. As honorary secretary, John led the team at Donaghadee Lifeboat with authority, knowledge and humility. Dr Neill was often called upon to go to sea, sometimes in horrendous weather, to tend to those who had been injured or fallen sick. John and Robert have served their local community with disctinction. We wish them both every happiness in their retirement.” 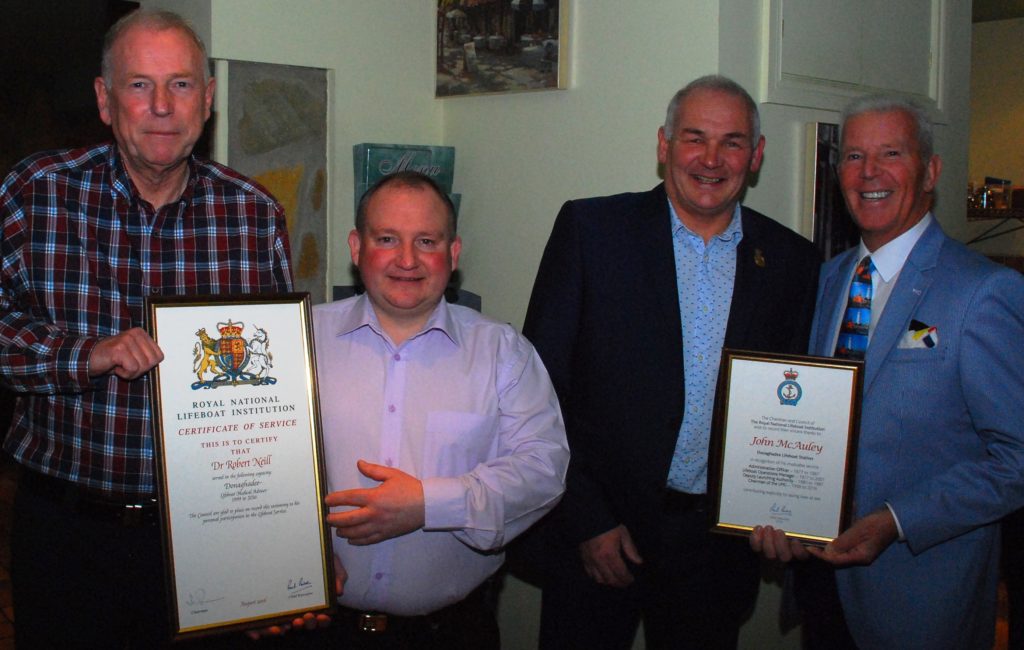