DONAGHADEE’S RNLI Lifeboat Saxon launched at the request of the Coastguard at 10.00pm on Saturday evening as concerns grew over a missing speedboat with two people aboard which had failed to return to Port Logan in Galloway. The Lifeboat was stood down and back on station before 1.00am on Sunday. It launched again at 10.00am on Sunday morning to join a major search and rescue operation involving RNLI Lifeboats from Scotland, the Isle of Man and flanking stations in Bangor and Portaferry. Coastguard shore teams and air sea rescue helicopters were also involved. On Sunday afternoon the Donaghadee crew recovered a body from the water in its designated search area.

Press officer Maurice Neill said, “The coxswain, crew and operations team would like to express their deepest sympathy to the families and friends who have lost loved ones in this tragedy.”

Donaghadee’s volunteer crew members spent 14 hours at sea this weekend in two operations. On Saturday morning the Lifeboat was launched to rescue a small vessel which had broken down eight miles out from the Irish coast on passage from Peel in the Isle of Man to Bangor. 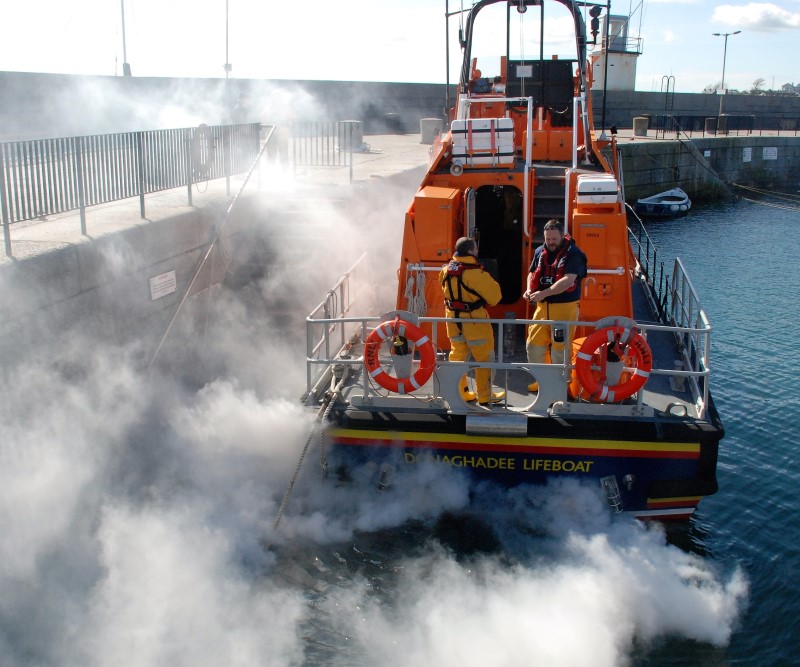 Donaghadee Lifeboat volunteers were at sea for 14 hours last weekend